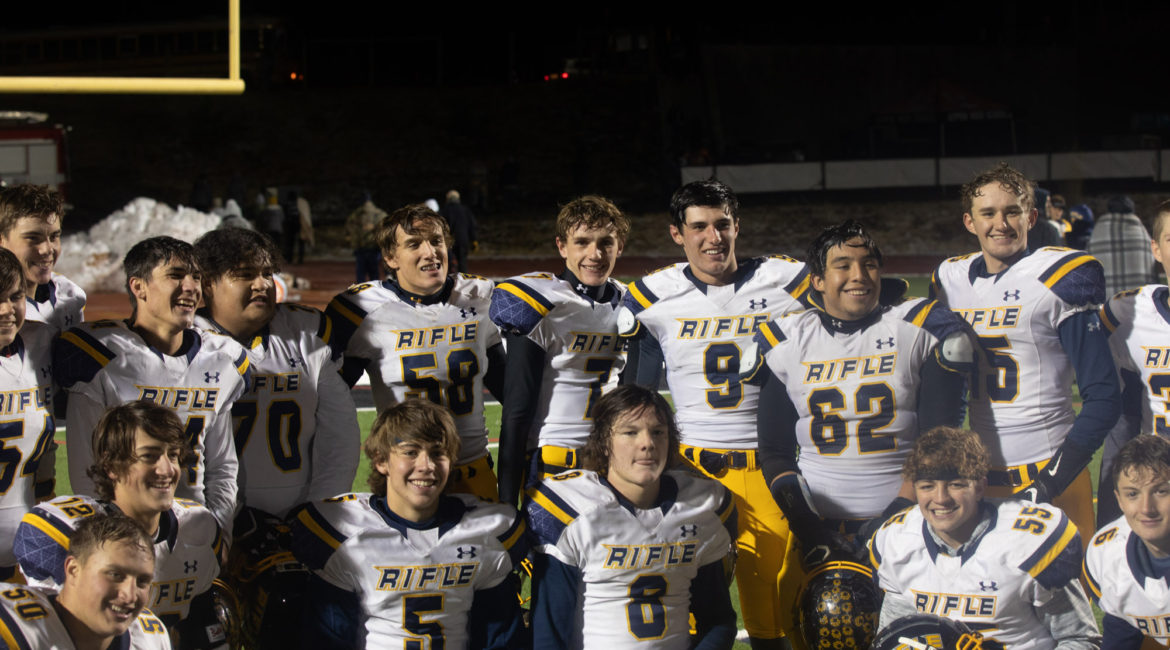 It seems like every season has a trap game.  That game on the schedule where everything seems to go awry, your opponent is playing lights out and the stars seem to be aligning for a loss.  Last season the Bears struggled against Aspen and were not able to find a win.  This year the Bears found adversity in a very well-coached Basalt team.  But instead of succumbing to the pressure, the Bears poured on the gas, finally kicking the running game into gear in the fourth quarter to pull out the victory.

Rifle lead 7-6 for much of the game.  The Bears defense looked suspect early, allowing a touchdown on Basalt’s first drive, but the players buckled down and the coaches made adjustments and Rifle held the Longhorns out of the end zone for the rest of the contest.  Rifle’s offense looked strong early on, methodically driving the field on their first possession and punching it into the end zone on a 1-yard quarterback sneak by Holden Stutsman to take a 7-6 lead.

The second and third quarters were ugly for the Bears.  Penalty after penalty kept the offense backed up into their own end of the field and allowed Basalt’s offense multiple opportunities to score.  In the second quarter, Rifle’s defense held strong on a lengthy Basalt drive that made it all the way to the three-yard line.  Rifle’s Kaden Wolf and Noah Holbrook came up big on fourth down, bottling up Basalt’s Cole Dombrowski for a two-yard loss.

Rifle’s offense turned the ball over deep in their own territory late in the third quarter which led to an early fourth-quarter Basalt field goal and a 9-7 Longhorn lead.  From there it was all Bears.  Rifle strung together two long scoring drives and finally wore down Basalt’s stingy defense.

The win assured that Rifle will represent the Western Slope 2A league as the league champion when the 16 team bracket is announced this Sunday. It also means that the Bears are assured a home game to start the 2019 playoffs. A Rifle loss against Moffat County would likely mean a tie with the Delta Panthers, but Rifle owns the head-to-head tiebreaker. 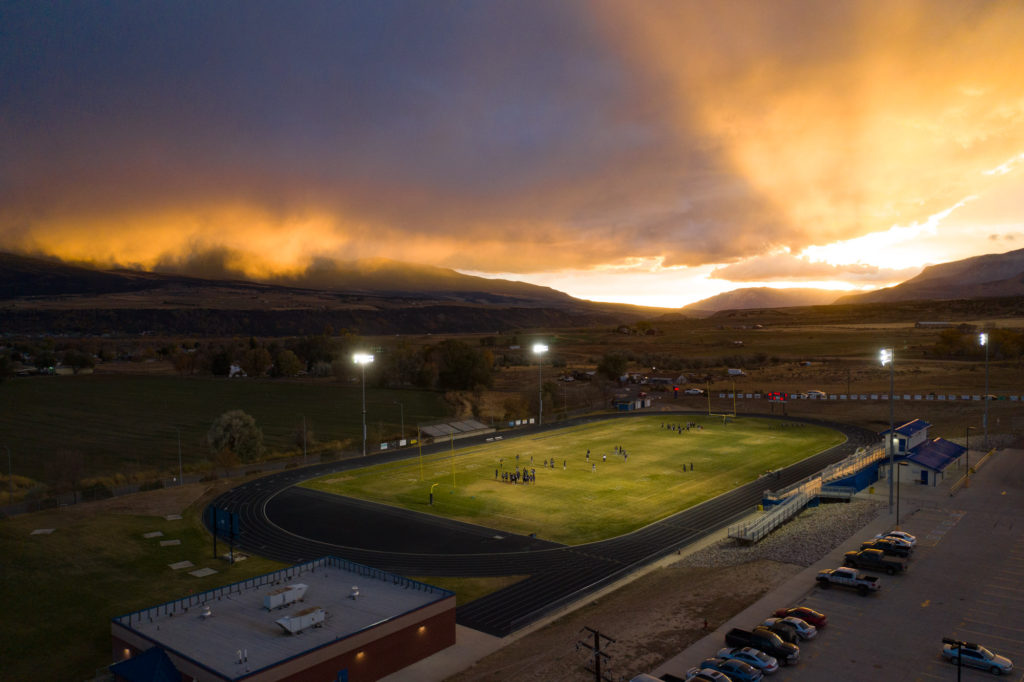 Some state-wide websites have the Rifle Moffat County game being played on Thursday, but it will take place on Friday at 7:00 at Bears Stadium.

Moffat County is currently ranked 14th in the RPI poll (the poll that decides which teams make the 16 team playoff bracket). The Bulldogs will be hungry for the upset considering that a loss may very well take them out of playoff contention.

The Bulldogs have a balanced offensive attack with 914 yards coming via the arm of sophomore quarterback Ryan Peck and 1087 yards generated on the ground. Moffat County claims a winning record on the year coming into Friday’s game at 5-3. However, all of their wins are against competitors at or below the .500 mark.

Moffat County’s signature win came against 4-4 Pagosa Springs. Pagosa recently blew out traditional 2A powerhouse Bayfield and is still in contention to win the Intermountain League. 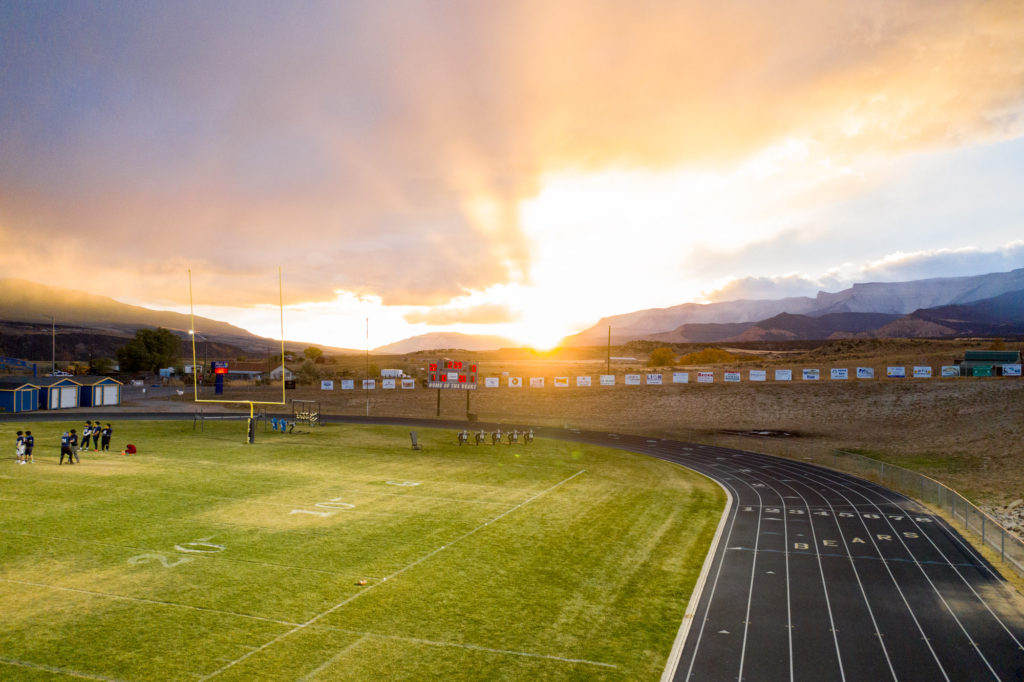 Friday’s game will include a tribute to the class of 2020. Be there early to applaud the seniors.

The class of 2020 has had an amazing run. During their time in the program, Rifle Football has a 34-8 record two league championships, 4 playoff appearances and 4 straight wins against rival Glenwood Springs.