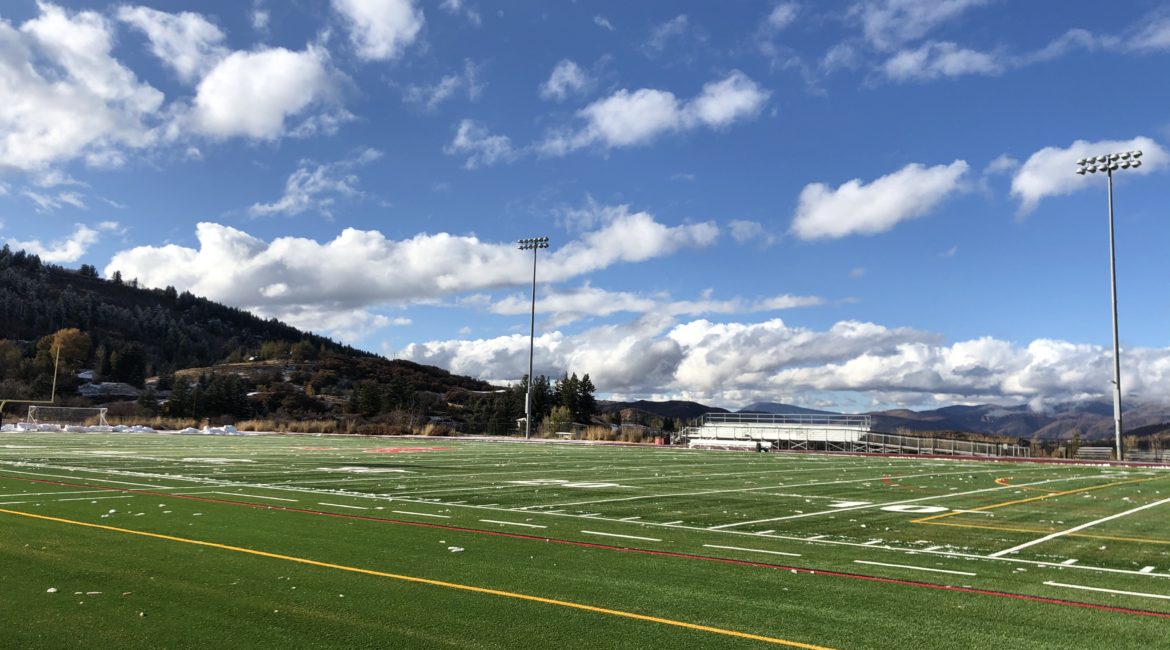 The Rifle Bears travelled to ski country on Friday and came away with an avalanche of points, out scoring the Aspen Skiers by seven touchdowns.  While there seems to be some confusion over whether the final score was 48-0 or 49-0, it matters not to the Bears league championship hopes, which increased significantly with the lopsided win.

The Bears were hungry for some revenge and redemption as Aspen was the only team to beat Rifle in the regular season last year in a frustrating last second, penalty marred affair decided by just a single point at Bears Stadium.

Rifle’s defense was equally as impressive as their offense if not more so. The Bears shut down the Skiers’ rushing attack all night long forcing Aspen to throw the football.  But passing is what Aspen does best with 6’4” Tyler Ward running the show.  Ward possesses truly impressive skills at the quarterback position but the Bears kept him off balance all night forcing him into quick throws, hitting him multiple times, sacking him once and intercepting him twice.

Rifle’s Josh Straw had a great game from his inside linebacker position recording multiple tackles, a quarterback sack and Rifle’s first interception of the night off a pass deflected by defensive end Ethan Mackley.

The second interception of the game was a pick-6 by Rifle corner Talon Cordova to make the score 48-0 late in the fourth quarter.  The game had already been pushed to running clock and it was unclear if Rifles PAT kick was counted or not.  It sailed through the uprights but time expired as the referees discussed a penalty on the defense.  The final score on the scoreboard read 48-0 but MaxPreps.com has the tally at 49-0.

Rifle plays Basalt in Basalt on Friday in a game that will decide the 2A Western Slope League Championship.  With two regular season games left, a Rifle win guarantees that the Bears own all of the relevant head to head tiebreakers and would seal up a second straight championship regardless of the outcome of the contest with Moffat County  in two weeks.

Basalt is coming of a 35-6 loss to Delta in Delta on Friday and should be itching to get back into the win column.  The Longhorns have had plenty of success to fall back on in 2019 with a 6-1 overall season record and top ten rankings in nearly every poll.

With the shutout win over Aspen, Rifle will likely retain its hold on the designation as the number one 2A football team in the state as voted on by the coaches, and should move up in some of the computer polls as well.

It should be a great western slope match-up in Basalt on Friday.  Kick off is at 7:00 PM.