Rifle Bears Football > News > Blog > Rifle Bears are the 2018 2A West Slope League Champions; Will Face Eaton in the 1st Round of the Playoffs

Rifle Bears are the 2018 2A West Slope League Champions; Will Face Eaton in the 1st Round of the Playoffs 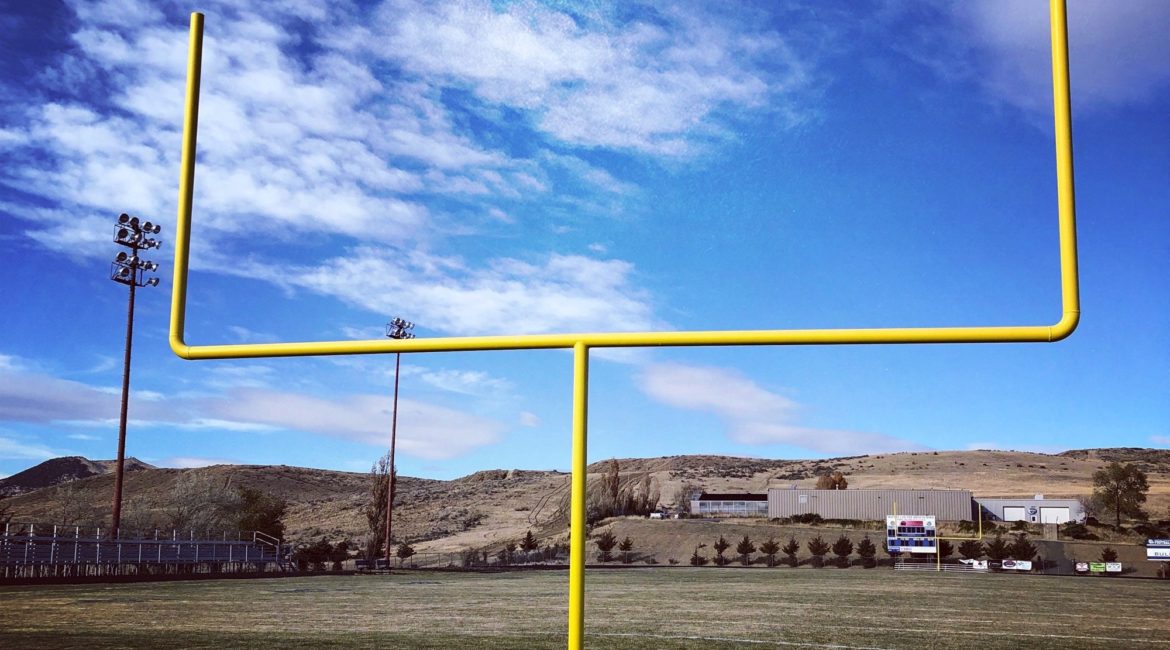 The Bears traveled to Craig on Friday and came away with a 52-26 win over the Bulldogs in the final regular season game of 2018. The Bears rushed for 484 yards with senior Tanner Vines accounting for 274 of that total. Tanner’s 1987 yards in 9 games has him outpacing his outstanding Junior year in which he rushed for 2068 in 11 games. Junior Levi Warfel also had a strong game with 121 yards rushing and a 54 yard interception return for a touchdown. Kenny Tlaxcala led the Bears defensively with 5 tackles and a pass deflection.

As the final buzzer sounded in Craig, Rifle fans were checking their phones to see how the matchup between Basalt and Aspen sorted out. If the Skiers beat the Longhorns on Friday they would be the West Slope League Champions because of the head-to-head tiebreaker with Rifle. When news of Basalt’s 27-6 victory reached the Rifle faithful, the celebration was on. Basalt’s win meant that Rifle was the league champion based on the Bears’ head-to-head tiebreaking advantage over the Longhorns. The League Championship is Rifle’s first since 2014 and 10th since 1998.

A League Championship is worth more than bragging rights. The champion of each league is usually guaranteed a home game in the first round of the playoffs and when the state playoff brackets were announced on Sunday, Rifle came in at the 7th seed with a home game against the 10th seeded Eaton Reds.

The 2A West Slope League was well represented in the playoff bracket with Basalt coming in at the #3 seed, Delta at #11 and Aspen at #12. It appears that the playoff seeding committee relied heavily on CHSAA’s RPI mathematical ranking formula to determine the bracket as the top 7 seeds were placed in the exact same order as the final RPI list. RPI ranking would provide a possible explanation for why West Slope League foe Basalt (#3) is seeded 4 spots higher than Rifle (#7) despite both teams having identical records and the Bears winning both the League Championship and the head-to-head match-up with the Longhorns by a score of 35-14.

Eaton is 6-3 on the season and is coming off a 34-19 loss to Patriot West League foe Berthoud. The Reds finished league play at 3-2, also losing to eventual league champion Resurrection Christian, 26-7. In non-conference play, Eaton had an impressive 34-0 win over D’Evelyn in week 2. (D’Evelyn also made the 2A playoffs with a 7-2 record and a 14 seed.) The Reds lost to the 6th seeded Platte Valley Broncos 26-7 in their third non-conference contest of the season.

Eaton runs a balanced offense with 1047 yards passing and 1645 yards rushing for the year. The offense is led by sophomore quarterback Scott Grable (#9) who has 69 completions on 137 attempts for the year. His favorite receiver is senior Judson Church (#5) who has 18 receptions on the year for 296 yards. Ty Granhart (#8) leads the Reds in rushing with 672 yards.

Defensively Eaton is led by Granhart with 68 total tackles from his defensive end spot. Senior Alex Maravilla De La Cruz (#52) is also key for the Reds with 57 total tackles. Garnhart is the sacks leader with 8 and sophomore Gaje Butler (#20) leads Eaton in interceptions with 3.

The Reds have a long and storied football history. Eaton has had 5 consecutive winning seasons under head coach Zac Lemon. The Reds were state semi-finalists in 2014 and 2017 and won the 2A state championship in 2000.

The game will be held at Bear’s stadium at 1:00 on Saturday November 3rd.