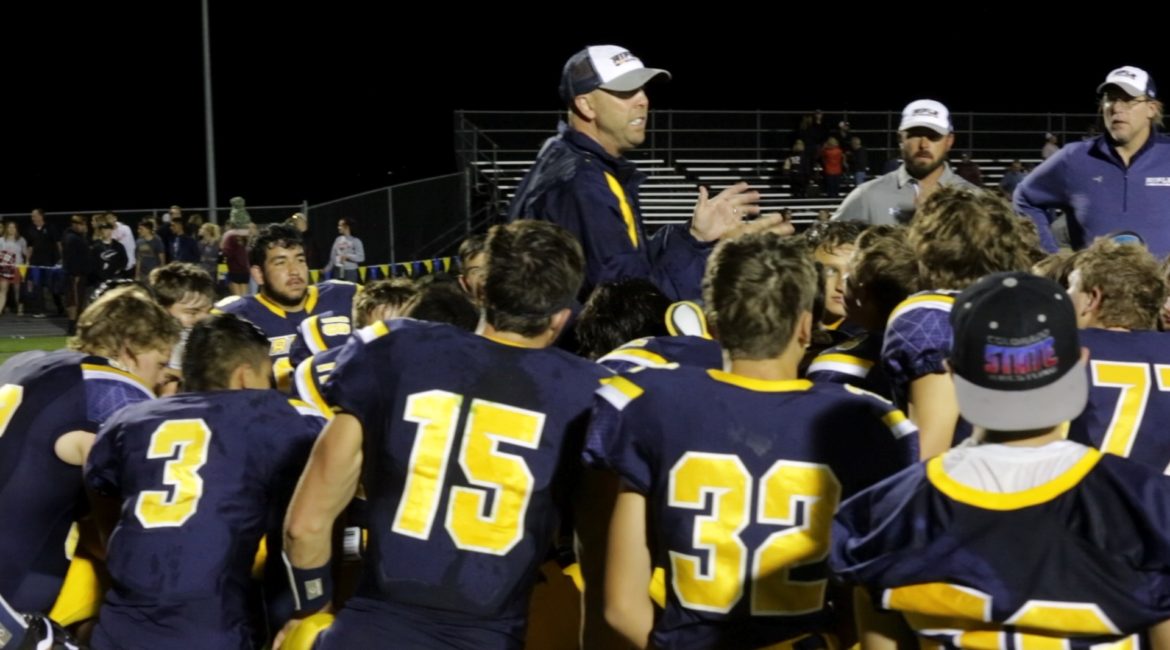 The first game into his 12th season as the head coach of the Rifle Bears, Head Coach Damon Wells has already won his 100th game.  The Bears faced off with the Eagle Valley Devils at home to start the 2018 season and dominated from the first whistle, winning the game 49-7.  In an interesting case of symmetry, Coach Wells’ first win was also at home against the Eagle Valley Devils.  That game was in 2005 and only a missed extra point separated the two teams as the Bears came away with a 7-6 win.

Check out the Post Independent’s coverage of the game: