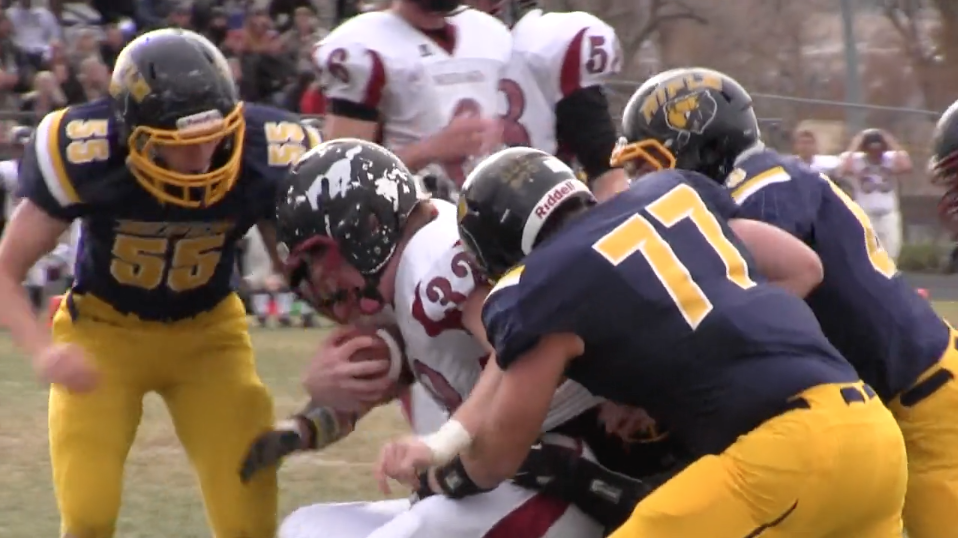 Last week’s game against Moab, in which Coach Wells served a CHSAA imposed suspension, marked the end of a very difficult period for the Rifle Football program.

Those of us at riflefootball.com would like to publicly declare that there was no attempt to either gather information or call plays from the Fort Morgan sideline during last year’s 3A semi-final playoff game. A volunteer videographer that shot video for riflefootball.com’s weekly Rifle Football highlight show, indeed stepped into the Fort Morgan coaches box while filming. He was only in the restricted area for a handful of plays during the game. He was not trying to disguise his presence, as he was clearly wearing a Rifle Football hat and sweatshirt. He was also carrying very obvious and conspicuous-looking audio and video gear. Clearly if the Rifle football program were attempting to gather information (and get away with it), the volunteer would have been dressed to blend in and would have been using less conspicuous communications gear (a cell phone with a blue-tooth earpiece for example). His only goal that day was to capture great video footage for our highlights films. The reason he was on the visiting sideline to begin with is that we had three other videographers shooting from the home side of the field.

Fort Morgan officials immediately after the 2014 playoff game accused Rifle of using the volunteer videographer of calling plays and called in CHSAA to perform an investigation. The ultimate result of CHSAA’s investigation, finally determined in August, was that because the videographer caused a distraction and allowed for the “appearance” of cheating, that the program would be placed upon probation, and, by CHSAA rule, Coach Wells had to serve a suspension.

Rifle High School, the Rifle Football Program, and riflefootball.com all take CHSAA’s ruling very seriously and have taken numerous steps to ensure that nothing like this happens again.

Since it was our videographer that caused the distraction, this issue has been one of great anxiety for riflefootball.com. It is unfortunate that this story made statewide headlines and that Coach Wells’ reputation was needlessly run through the mud. While we highly regret that our volunteer videographer was not properly informed where he could stand, and caused a distraction, we also want to publicly fight any perception that may exist that the Rifle coaching staff was engaged in any sort of cheating scenario. It simply did not happen. A run down of our evidence can be found here: CHSAA Video.

Although we will no longer be producing Rifle Football Weekly in its previous format, we look forward to continuing our online and video coverage of Rifle Football into the future. Go Bears!

riflefootball.com was built and is maintained by Align Multimedia, LLC. Although we work very closely with the team and coaching staff, this site is not maintained by employees of Rifle High School or Garfield School District, Re-2. Content posted on this page is not necessarily endorsed by Rifle High School, Garfield School District, Re-2 or its administration, staff, and employees.