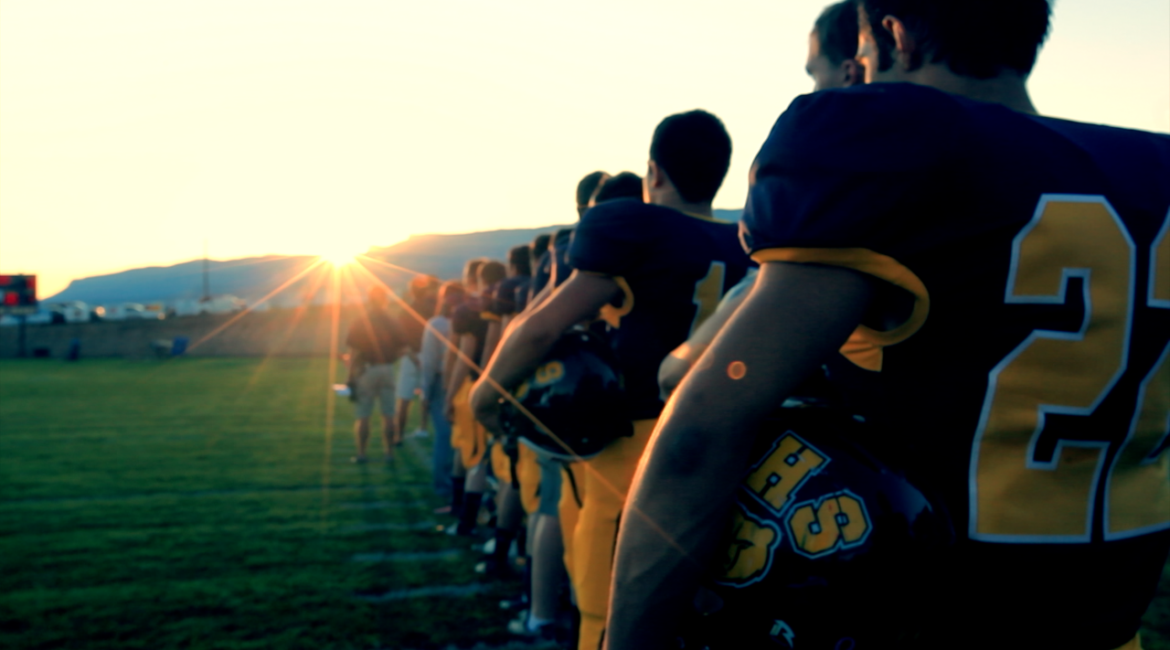 The Rifle Bears take on the Glenwood Springs Demons in a Colorado Class 3A football match up. The Bears won 28-0.

A big thank you goes out to our sponsor, Alpine Bank ( http://www.alpinebank.com ) whose generosity made this week’s video possible. If your company is interested in sponsoring a future game, please call (970) 319-2073.

Thanks also to Caleb at KNAM 1490, “The Team” for the great play-by-play calls.

A huge thank you goes to Lauren Potter for being the second sideline camera for this week’s game. Lauren, you did a great job. You will see a lot of your work in the final film.

We mixed it up a little this week. We traded a little resolution for the ability to do slow motion. We shot at 1280 x 720 and 60 frames per second. The results were great and I don’t think that I am going back any time soon.

We also finally made use of Final Cut Pro’s optical flow settings. I am torn about the results. On low action footage, the optical flow is brilliant and makes for amazing shots. With high action sequences, the action is slowed down with amazingly dramatic results, but the video becomes warped in the areas of the frame that are experiencing the most movement. I debated whether or not to use these shots and then decided that the benefits outweighed the drawbacks for this particular production.

The great thing about shooting for slow motion is that you can get a lot of great footage of Lineman. These guys are always the unsung heroes and it is nice to be able to give them some highlight time.

On a side note, we lost a legend and a personal inspiration this week with the death of Steve Sabol. Steve and his father, Ed founded NFL Films and proved that making cinematic and creative films about sporting events could be a big time business. His work has always been fascinating to me and we will miss him greatly. His spot in the NFL Hall of Fame is all but guaranteed.